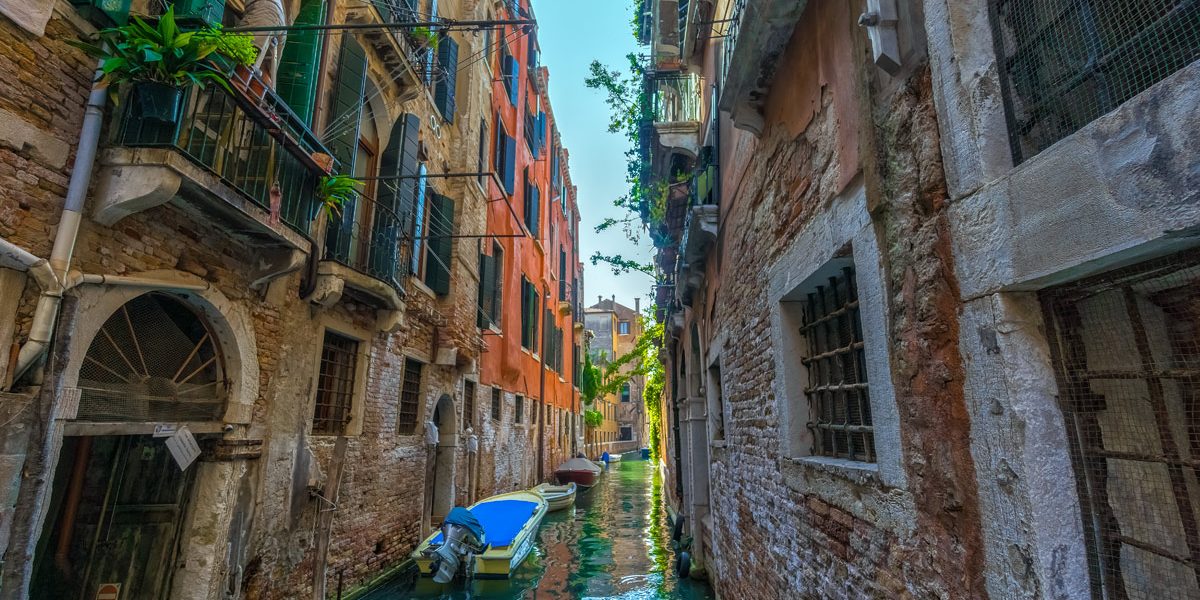 Antalya is located on the Mediterranean coast in the south of our country. Every year there is an influx of local and foreign tourists. Therefore, it is one of the most important cities of tourism in Turkey. The coastal length is 630 kilometers. Therefore, the length of the coast is considered Turkey’s Riviera. But the city, due to the all-inclusive system, does not receive enough attention. At the same time, it cannot be evaluated in tourism.

When it comes to Antalya, holiday village come to mind. In addition, because of the all-inclusive system does not go outside the hotel, tourists who spend little money comes. However, there are many options in terms of places to see and visit in Antalya. In addition, it comes to Antalya hotels, including all-inclusive hotels in mind, even though quite nice boutique hotels in regions such as Kas and Kalkan have recently increased popularity. Obviously, there are many things to know before going to Antalya. I am sharing some of these with you through this Antalya Travel Guide.

Places to Visit in Antalya 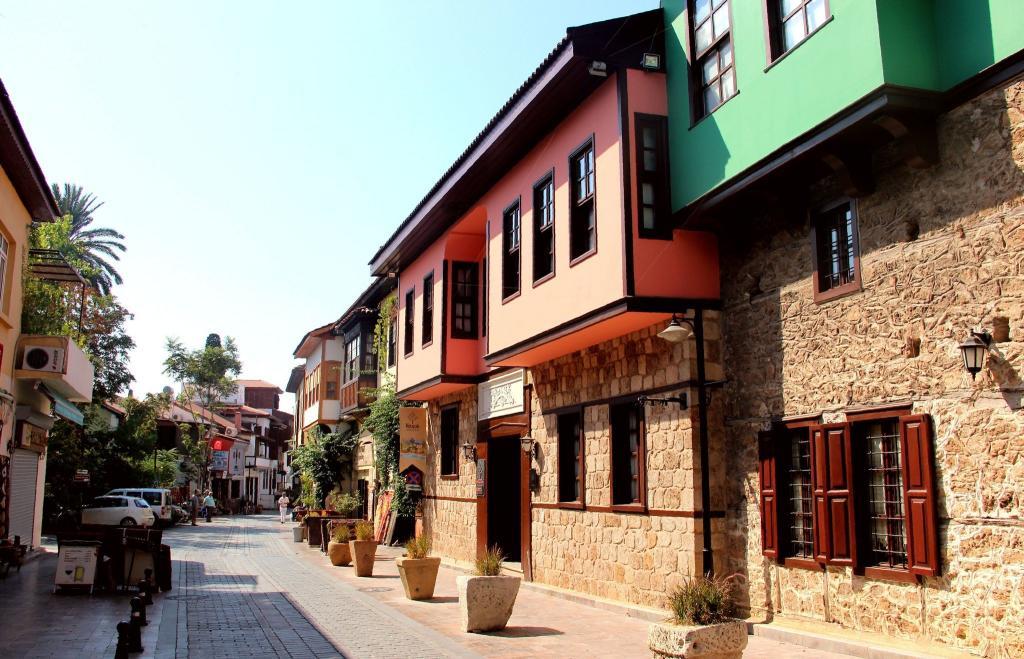 One of the first places to come to the city for holiday visitors is Kaleiçi District. The historical Kaleiçi District in the Muratpaşa Neighborhood has become one of the city’s attractions with its Ottoman houses and historical buildings. There is the Grooved Minaret which is the first Islamic work of the city in the time of Alaeddin Keykubat. In addition, during the visit of the Roman Emperor Hadrian to the city in 130 BC, the Hadrian’s Gate is also a must-see place, which dedicated to him. 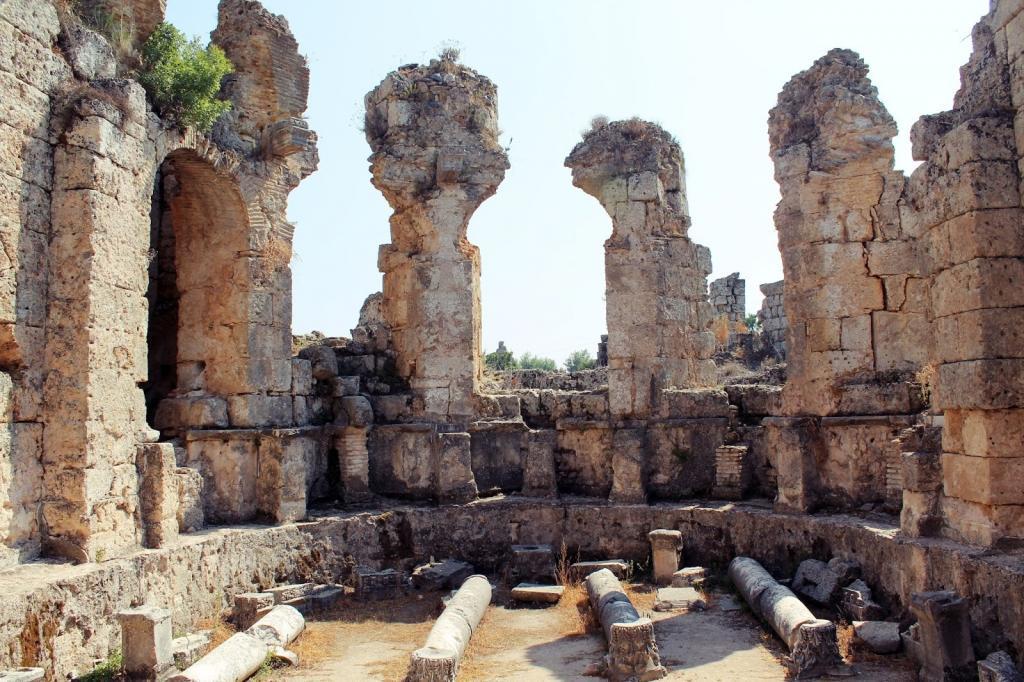 Since the history of the city is very early in history, a different ancient city comes to the surface. Perge Antique City, located between the city center and Alanya, where the world-famous Aspendos Theater is located; The Temple of Apollo in Side and the Ancient City of Side; The Perge Ancient City, also known as the Water City because of its large baths and fountains, are just a few of them. Those who want to explore ancient cities, there are more than 10 ancient cities in the city. In addition, you can also see the Antalya Archeology Museum located in Konyaalti. 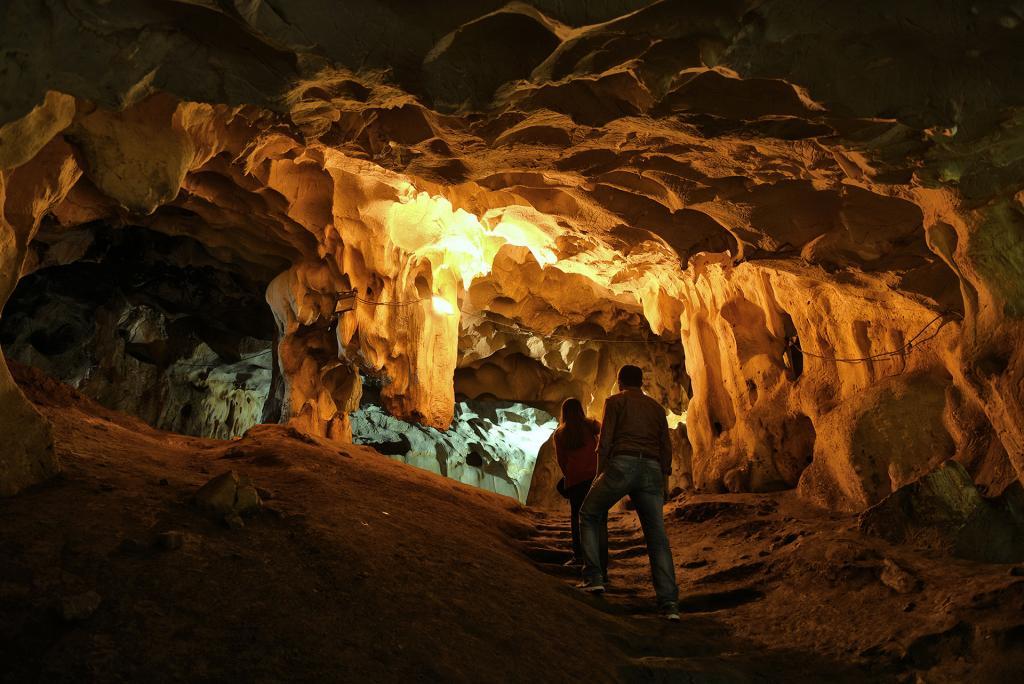 Among the places to visit the city must not forget the caves. One of the best ways to escape the high humidity of the city, especially in the city where tourists are interested in the summer, is to visit these cool caves. Damlataş, Dim, Karain, and Zeytintaş are the main ones. The cave is located in İbradi district, which is known as Turkey’s largest underground lake, Yerköprü and Yalan Dünya caves are also very popular. If there are so few caves in you, there are different caves in almost every point of the city. Karain Cave is one of the largest natural caves in our country and is known as the first cave in which people live. Therefore, you should definitely visit this place. 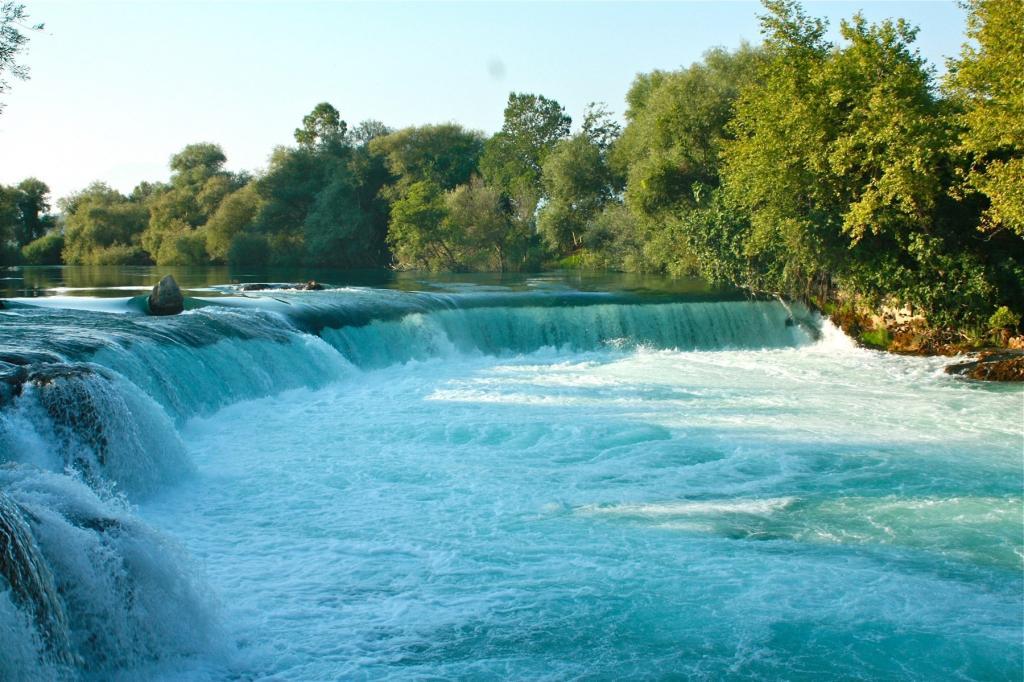 The natural beauty of the city is as rich as the historical beauties. The first place that comes to mind in terms of natural beauty is Manavgat Waterfall. I recommend you to see Oymapinar Lake, which is a reservoir lake, as far as Manavgat. Kurşunlu Waterfall which has been protected as Nature Park since 1986; Duden Waterfall, famous for its cave; Kopru Cay and Köprülü Canyon for nature walks and rafting are among the places to be noted again. In addition to these, Karalıoğlu Park is an ideal place for views of the city with its three observation terrace lengthens almost 7 thousand square meters. You can add these places to your list of places to enjoy nature.

Talking about the natural beauties of the city, it is necessary to tell the Lycian Way. It is a world-famous trekking region where people set certain trails and travel through places like heaven. The details of this unique journey can make you travel with your loved ones to make this route livelier.

The Most Beautiful Antalya Beaches

Antalya has a coastline of approximately 630 kilometers. It is also one of the few cities in the world with this feature. Obviously, I love the Aegean region more, but I wanted to tell you that there are many beautiful beaches. Kas and Kalkan are the spectacular sides of the region. There are so many coves and beaches here, many of you say “no one knows, but we only swim.” Kekova Bay, Gökkaya Bay, and Limanağzı are just a few of them. Finally, Kemer is quite as beautiful as the sea.

Suggestion -> The best beaches of Antalya 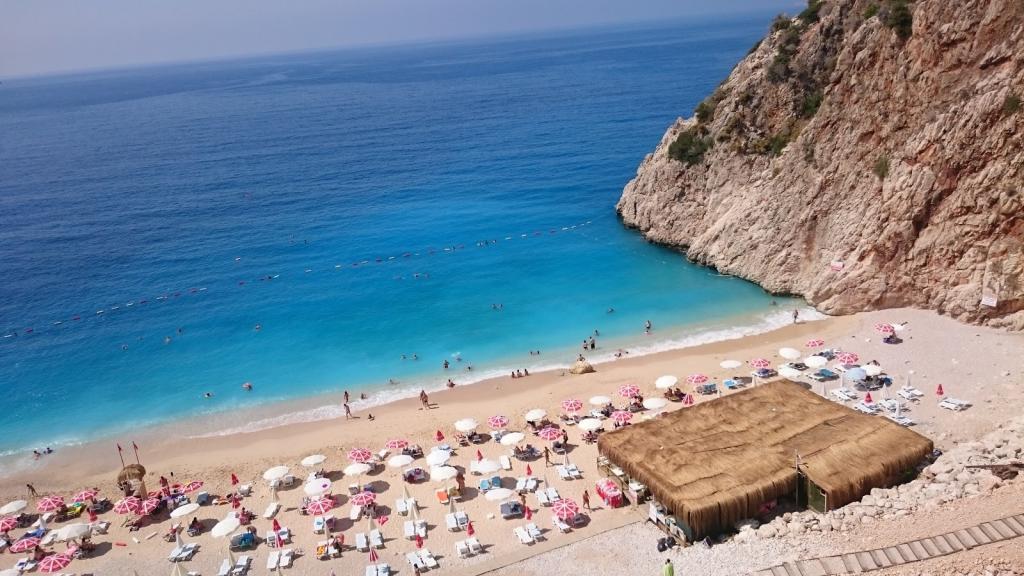 The most popular beach of the city is Kaputaj Beach. Like many instagram posts, this beach-like beach is located within the borders of Kas.  Another famous beach of Kas is Patara Beach, home to the Temple of Apollo. In addition, an important point is the famous Cirali Beach, which is also the house of caretta carettas, where the Roman ruins are located. Adrasan Bay, where you’ll want nobody to know, the famous beach of Cleopatra in Alanya and Incekum Beach, famous for its fine sand directly opposite it, should also be on your list of places to swim. Karpuz Kaldiran Beach, where the Duden Waterfall falls, and the famous Kemeralti Beach must be on your list.

Where is Antalya and What to Eat in Antalya?

Swim makes people hungry. And where are we going to eat? Unfortunately, those who come to the city do not come out of their hotels much of Antalya’s famous food is not able to learn what. In short, they are unaware of the best restaurants. However, there are quite good alternatives in the city for drinking. 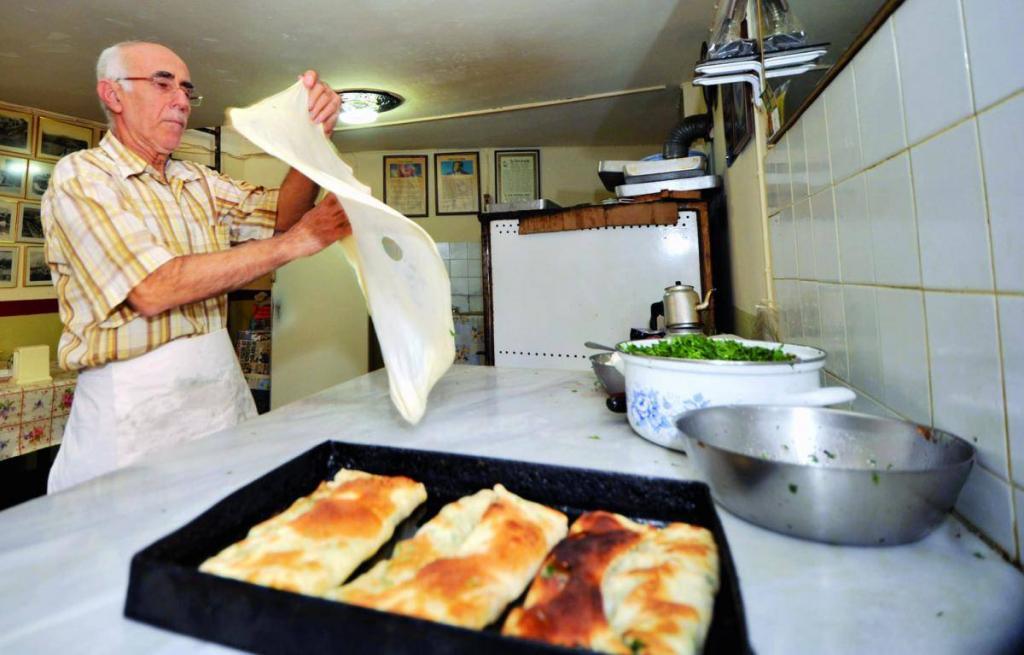 When it comes to breakfast, the fame of the country, which is the first place you need to know Tevfik Börekçi. (The location of Tevfik Börekçi: https://goo.gl/maps/eiaSqBkEmuP2) Do not return to this famous pastry shop located behind the Karakaş Mosque in the city center, without tasting the special Serpme Börek. But his reputation has also been reflected in his prices. I also mention this, too. Another alternative for breakfast is Ayşegül Hanım’in Ciftligi. It is one of the best breakfast addresses of Antalya with its organic products, roasted tea, and ambiance in nature.

7 Mehmet is the most prestigious taste stop of the city. You can think of this place, which you must make with the creamed almonds, as well as flavors such as squash blossom stuffed, cowpea salad, for dinner. With Börekçi Tevfik, I think I don’t need to tell you how the prices are. 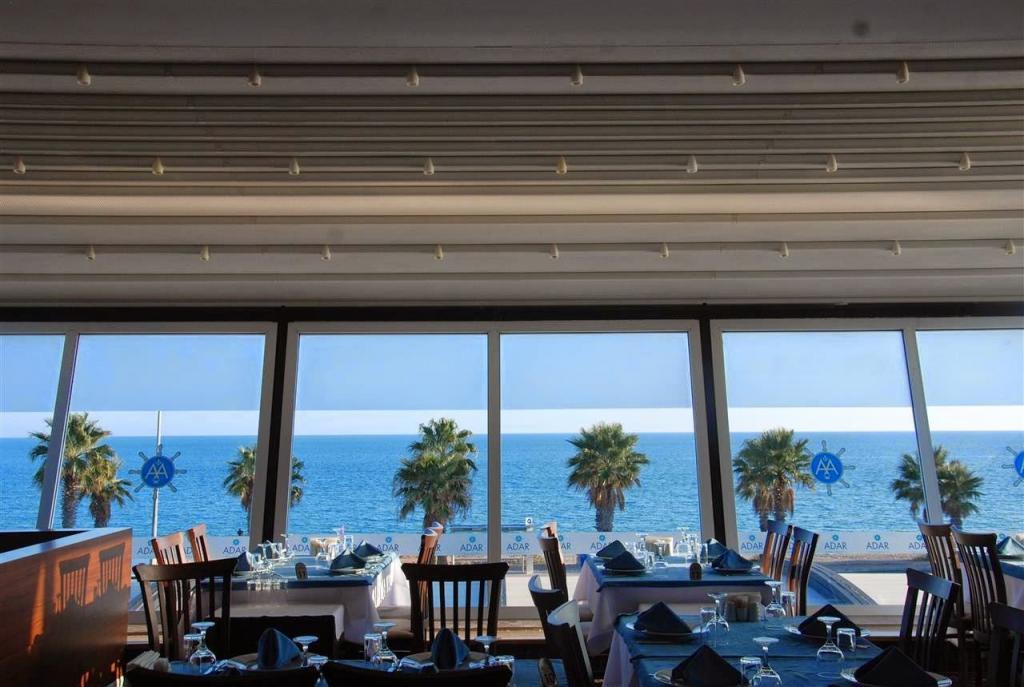 Antalya Balık Evi (The Location of Antalya Fish House: https://goo.gl/maps/pHtBJXRDfH12) located in Lara for fish lovers is spectacular. However, the prices are above average. Topçu Kebap is famous for its kebabs, as well as it’s predominantly oried kidney-beans saiad with tahina. If you’re someone who likes sheep’s head and foot soup, Paçacı Şaban is the right address. Only open from morning until noon. Keep it late, keep it hungry. Dönerci Hakkı Baba Merkez, a restaurant that has been going on for 3 generations, is a very good place for meat doner. Another good place about doner is the Mevlana Restaurant, which has been serving since 1956, focusing on Ottoman cuisine.

Where to stay in Antalya?

We’ve completed places to visit, see and swim. So where to stay in Antalya? Where are the best hotels in Antalya? How are the prices of hotels in Antalya? The answers to such questions are shaped by your expectations. It is possible to find suitable hotel options in every city. There are alternatives to the city center and Side for those who are looking for “Antalya budget hotel”. If you are saying that Antalya holiday hotels do not attract me much, the options of apart and a bungalow in places such as Cirali and Olympos can be an alternative. 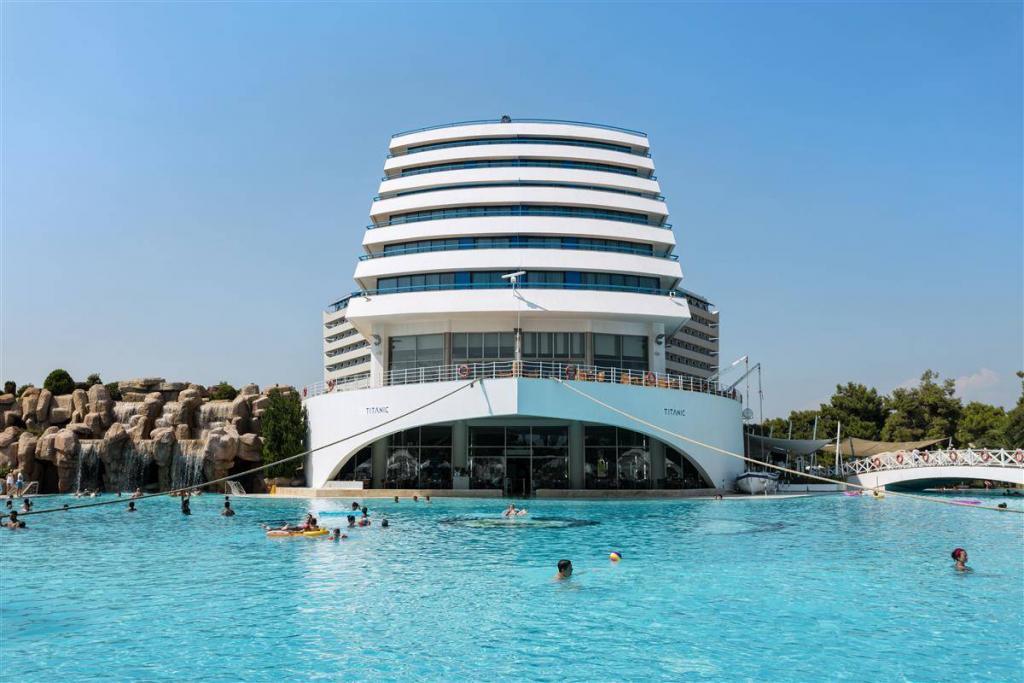 If you say “I do like boutique hotels, I don’t like all inclusive”, Kas – Kalkan regions are actually for you. However, there have been recent increases in price.

If they ask what is not the most liked in this city, the first answer is probably the transportation. Of course, it is not so easy to establish a transportation infrastructure in a city that is spread over a vast geography. Nevertheless, no one understands why Havaş has only shuttle service to the city center.

The airport is about 87 km to Kemer, 41 km to Belek and 126 km to Alanya. If you come all this way by taxi, it can be quite expensive. So if you intend to visit the city, my advice is to rent a car. Or if car rental prices in Antalya come to you expensive if you have a suggestion to go on holiday with your own car. However, if you go to the hotel and do not leave until the holiday ends, you can take advantage of the airport transfer services offered by credit cards and many GSM operators. 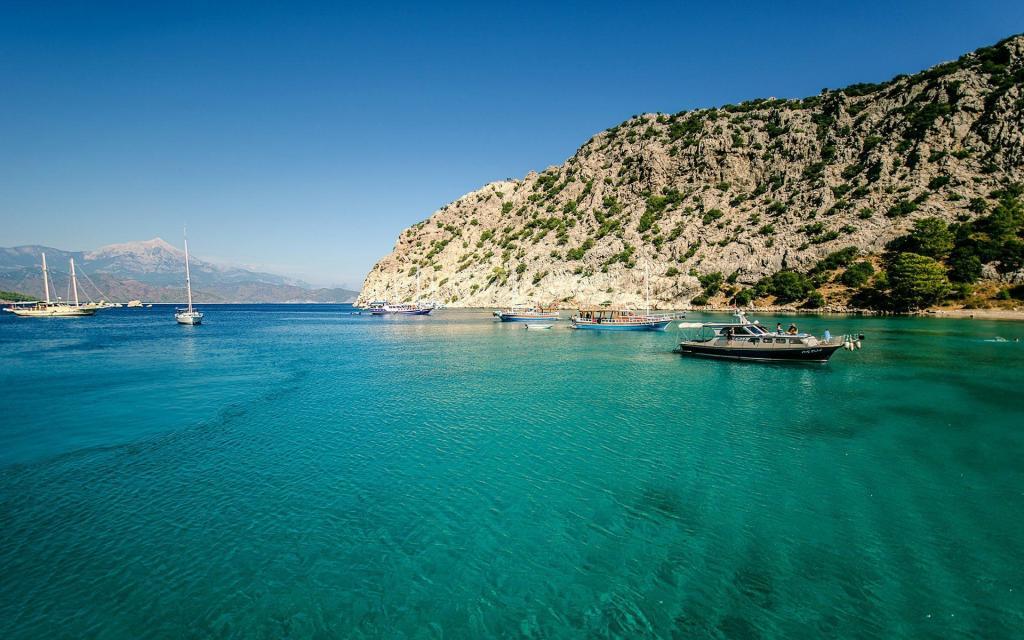 Like many places in Anatolia, the history of Antalya is also very old. In the 2nd century BC, the King of Pergamum, Attalus II was founded on the order of “Go and find me the heaven on earth!” and its name was taken from II Attalus. The city, which means “Attalus Home”, has not been the only Pergamums who are similar to heaven. In the spring of 1930, Atatürk said, “Antalya is undoubtedly the most beautiful place in the world” when he saw Antalya for the first time. 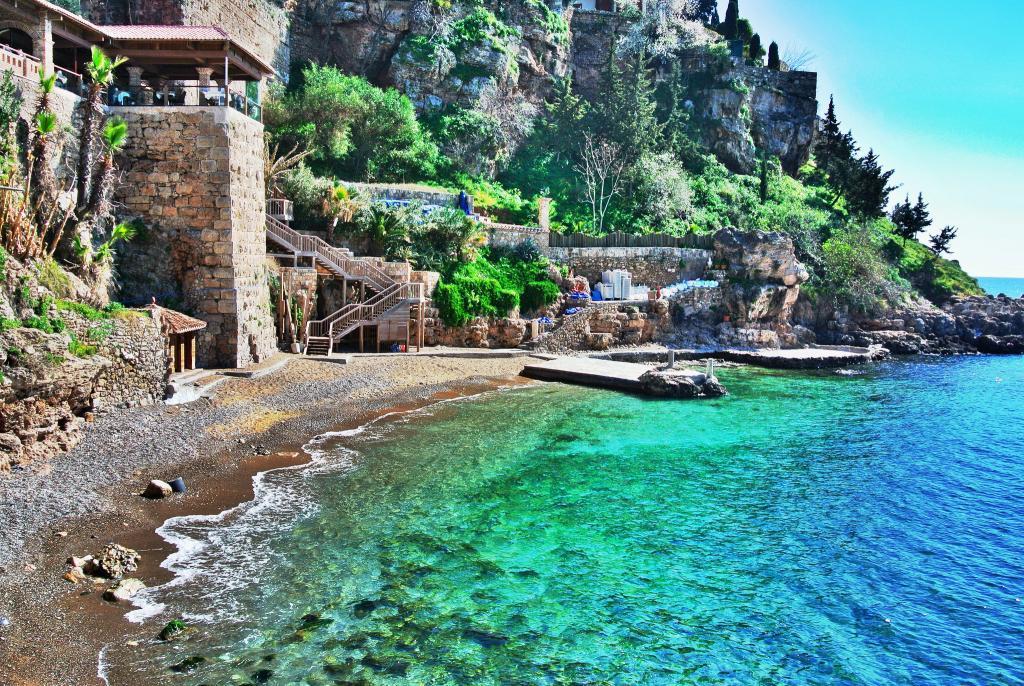 After the destruction of the Kingdom of Pergamon, the city was first dominated by pirates, then by the Roman and Byzantine Empire. In the later periods, the city was the sovereignty of the Turks during the Anatolian Seljuk period. Then, the city took under Ottoman sovereignty, the Italian occupation after the First World War.  After the War of Independence, the city freed from the Italians the today’s Republic of Turkey it is one of the most important tourism centers.